Have you ever wondered what goes in the mind of Fake Steve Jobs? On November 6th, LinkedIn will be hosting a live Q&A session with senior editor at Forbes and popular tech blogger, Dan Lyons (of "Fake Steve Jobs" fame), which will be moderated by Guy Kawasaki, former Chief Evangelist at Apple and co-founder at Truemors (with questions from LinkedIn users). * RSVP: The event is open to all but there is only limited seating, so hurry up and RSVP.

Dan Lyons is currently on a book tour to promote his recently released book "Option$", which the New York Times says reads like "The Devil Wears Mock Turtlenecks".

“Options” is the  outgrowth of a blog that Mr. Lyons, a senior editor at Forbes and a novelist, started in the summer of 2006, at fakesteve.blogspot.com. The book weaves the blog’s greatest hits into a cohesive narrative that enfolds recent events at Apple, such as the Securities and Exchange Commission investigation into alleged accounting irregularities (backdated options), and the release of the iPhone. (Source: New York Times) 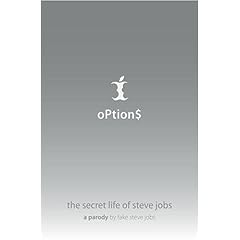 New York Times' Liesl Schillinger calls "Mr. Lyons’s portrait hilarious and eerily specific; you get the feeling he planted a spycam in one of Mr. Jobs’s mock turtles" and Entertainment Weekly's John Simons calls "the narrator of this dead-tree account so textured and real that even his most idle thoughts amuse."

Join us on Nov 6 @ 6 pm at the Computer History Museum, to find out more about the legend of Fake Steve Jobs, the real Guy Kawasaki and related topics on technology that all Silicon Valley cube dwellers will find fascinating. For those of you not in the Bay Area, no worries, we'll be live streaming the event. Stay tuned for more details.

* The last time we threw a party this is what went down; you were LunchedIn!

* Our friends at Lunch 2.0 blogged about the upcoming LinkedIn Q&A event here. Also, check out upcoming Lunch 2.0 events on their blog.

* The man himself, Fake Steve Jobs looks forward to the dance-off with Guy Kawasaki!

* Owen Thomas at Valleywag wonders what will unfold at the event on November 6th?

* Guy Kawasaki blogs about the event too