This Week in Thought Leaders: The Future of College Majors, Why Women Are Different Than Men, More 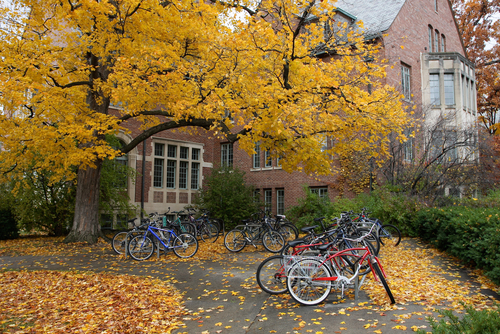 Quick: What’s the best way to prepare college students for the real world, to cut millions in healthcare costs, or to simply find more energy in the day?

This week, LinkedIn’s panel of influencers took on some of the nation’s problems -- big and small -- and dished up thoughtful advice on how to solve them.

Jeff Selingo, the editor at large at The Chronicle of Higher Education, argued that college students should forget about majors and focus on finding quality faculty to get ahead. Cleveland Clinic CEO Dr. Delos Cosgrove identified the “magic bullet” to bringing down healthcare costs: focusing on the $2.8 trillion spent annually on preventable diseases. And author Gretchen Rubin highlighted three tips to get an emergency energy boost – useful information for anyone who’s suffered from that 4 p.m. office malaise.

The advice came in all forms. In one of the most widely shared stories of the week, IDEO CEO Tim Brown reflected on his mentor, design icon Bill Moggridge, and shared more wisdom in a video. He detailed Moggridge’s design philosophy, noting “he wanted to meet the real and deep needs of people by figuring out how to craft technology so that it fit seamlessly into their lives.”

My advice? Read those stories, plus nine others that grabbed the attention of LinkedIn users throughout the week:

Ron Shaich: Corporations Must Become Socially Conscious Citizens There’s a reason corporations are hated in America, Shaich says. Far too many have focused on making money, without thinking about doing anything good. Can that change? Shaich describes the success of Panera Cares cafes, a concept where diners can go to a restaurant and pay whatever they want for a meal. If Apple, Google or UPS used their knowledge of design, search and logistics in similar ways, Shaich wonders, what would happen?

Nancy Lublin: What Celebs Don’t Get About Founding Nonprofits News that Wyclef Jean’s charity in Haiti effectively shut down last month amid an ongoing New York attorney general's investigation raises an important question: Should celebrities start their own charities? Lublin says famous entertainers have the right intentions, but often lack the expertise and time to make nonprofits successful. Her plea to celebs: Before starting new organizations, “call me maybe.”

Don Peppers: Fewer Choices Increase Sales If you’ve ever walked into a massive furniture showroom and experienced an immediate sense of dread, you'll understand this theory. Research reveals that customers feel imposed upon when faced with thousands of choices (or couches). So, for marketers, there’s an obvious lesson: Offer less, and watch your sales rise.

Ilya Pozin: The Top 7 Reasons Startups Fail Startups are like restaurants: even the good ones are doomed to fail. Why? Pozin explains how bad partners, broad ideas and a lack of resiliency all contribute to the death of new companies.

Sallie Krawcheck: Let’s Admit It – Women Are Different From Men Women have plateaued on the corporate ladder, Krawcheck says, occupying just 3 percent of CEO positions. That imbalance has spawned an industry of executive coaches and self-help books. But the discrepancy may be explained by a simpler reason: women are just tired. 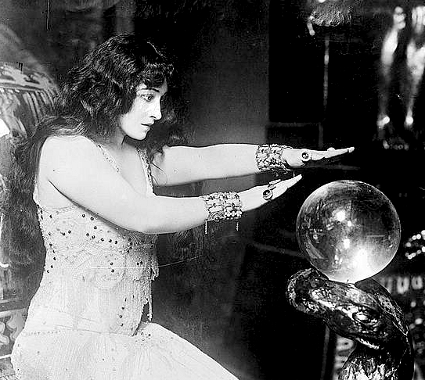 Rick Telberg: Taxes, the Fiscal Cliff, and You Accountants may not be fortune tellers, but they’re willing to make some bets about what will happen if the Bush-era tax cuts expire. Telberg breaks it all down in one easy-to-read guide that shows the most noteworthy income tax changes.

Arianna Huffington: BREAKING – Having a Family Can Be Good For Your Career Forget everything you’ve read about families being career killers. Huffington says children give professionals perspective, helping them to detach from the ups and downs of working life. Good news: Studies from Harvard Medical School and elsewhere agree.

Mohamed El-Erian: Chinese Worries It’s a big question: Just how significant will China’s slowdown be? The country is facing a political transition, plus plenty of economic uncertainty. But El-Erian, the CEO of bond giant PIMCO, says he’s less pessimistic than others. Here’s why.

Nancy Kruse: Why Olive Garden Reviewer Got the Last Laugh When columnist Marilyn Hagerty’s earnest review of an Olive Garden in Grand Forks, N.D. went viral earlier this year, some thought the level of snarkiness got out of hand. Kruse agreed. But she explains why Hagerty is the one on top now.

Click here to read more from our thought leaders, or to nominate luminaries you think should be sharing their insights on LinkedIn.

Editor’s Note: This blog post is syndicated from LinkedIn Editor Chip Cutter. Follow him on LinkedIn for more.