How I Got a Walking Meeting with LinkedIn CEO Jeff Weiner

Editor’s Note: This is part of a series of blog posts by LinkedIn’s rockstar summer interns. Today, we hear from Phu Nguyen, a business analyst intern for the Infrastructure Operations team. Phu is currently finishing his triple degrees in Economics, Finance, and Computer Science at the University of Colorado Boulder.

The highlight of my summer internship at LinkedIn was having a one-on-one walking meeting with the CEO Jeff Weiner.

Now, you might be wondering how an intern got time on the calendar of arguably the busiest person at LinkedIn. It simply comes down to LinkedIn’s focus on making the right connections and cultivating the relationships matter. It also certified to me that LinkedIn has a non-hierarchical culture. 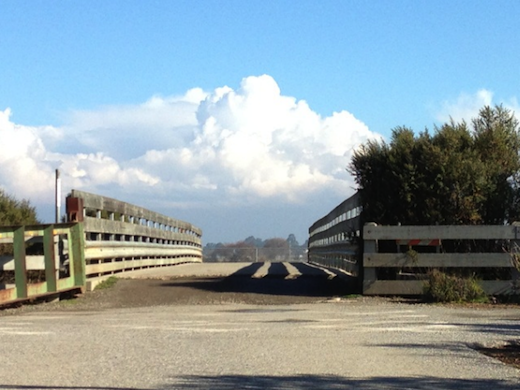 I attended one of the Intern Speaker Series at LinkedIn. This particular talk was led by Steve Johnson, Vice President of User Experience at LinkedIn. During his talk, Steve mentioned that if we ever got the chance to meet Jeff Weiner, we should be prepared with a question we’d like him to answer. So, after Steve’s talk, I approached him and asked permission to reference his name in an email to Jeff. Steve gave me an enthusiastic, “Go for it!”

Soon after the talk, I sent an email to Jeff and by the next afternoon, I got confirmation from him that we should find a time to meet. I realized that asking for an introduction from a mutual contact is probably the best way to reach out to someone, even when that person is an executive. Often times, managers and mentors are more than willing to facilitate the conversation if you ask them.

I have always wanted a chance to pick Jeff’s brain ever since I read his Influencer post about managing compassionately. In this post, he discusses how passion manifests itself and how people are more willing to help if they can sense that. True to form, when I met with Jeff, we ended up taking a walking meeting around the LinkedIn campus, a practice that he is fond of doing (the topic of another one of his Influencer posts).

And, there are several valuable takeaways from this experience walking the LinkedIn campus that I want to share:

Executives serve as a barometer of culture

After several internships, I’ve realized that my productivity depends a great deal on how flat the organization is and that executives’ actions are good indications of a company’s culture. The fact that the CEO responded to my email within 24 hours is evidence that LinkedIn is a place where executives are available when their employees spot a problem or have questions about company operations. It helps an intern like me make an informed decision of what kind of culture I want to be a part of when I finish with school.

As a young student with limited experience, one way to make the best out of your internship is to learn from others’ experience. In my case, I got to learn firsthand about a time where Jeff had to make a difficult decision and the lessons he learned from it - advice I wouldn’t have been able to find anywhere else.

Reaching out to another co-worker could be very uncomfortable for some people, let alone reaching out to a high-level executive. However, I have found that putting myself in situations where I actively seek to connect with other people helps me get more comfortable with networking and collaborating with other teammates. After all, if you’re not intimidated conversing with an executive, talking to your co-worker may not be that scary either.