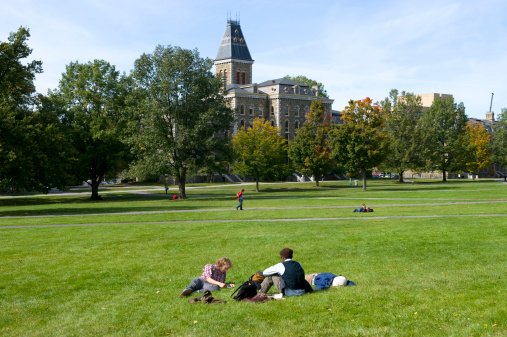 When I was in high school, teachers described a simple path to success.

Attend a four-year university, they said, get decent grades and hope for a solid job. College was a foregone conclusion. So I chose a large state school that offered me a generous scholarship and – perhaps more importantly – a chance to work at a feisty student newspaper.

That was seven years ago. Today, college no longer seems like such a sure bet. Yes, almost everyone agrees that a university education is still immensely valuable. But tuition costs are rising, and students are weighing a slew of alternatives to conventional residential colleges.

So perhaps it’s no surprise that, as a new school year kicks off, a debate about the future of higher education is raging among LinkedIn Influencers. Entrepreneur Mark Cuban started it earlier this year by predicting that many universities would go out of business by 2018 because they had taken on too much debt and been slow to cut costs or tuition prices.

But to really understand what’s happening in higher education, I had to talk with Jeff Selingo, the editor at large at the Chronicle of Higher Education, and one of our most-popular Influencers. Selingo is the author of a smart new book, “College (Un)bound: The Future of Higher Education and What it Means for Students,” that chronicles the changes underway in higher ed.

In a wide-ranging Q&A, he predicts that colleges will soon operate like airline alliances in which universities develop education "code shares” meant to seamlessly allow students to transfer credits between schools in an effort to make education more affordable.

He says parents and students will also become more focused on data and "outcomes" – comparing the cost of education against the salaries graduates earn, for example. (To that end, it’s worth noting that LinkedIn recently launched University pages, meant to help students connect with alumni and find additional data on colleges and universities worldwide.)

There’s a bigger question here, though, about the very purpose of college. Should universities be focused on helping students get a job, or to put it simply, teaching them how to think?

Barry Schwartz, a psychology professor at Swarthmore College, argues in a thoughtful piece published today that a shift towards vocational majors is killing higher education. "Students come to college hell-bent on learning something that will make them employable," he says. "The world somehow expects that by age eighteen, people will know enough about their talents and interests to walk confidently into the right silo and come out the other end to occupy a place in the professional class. … I regard it as a tragedy.”

Readers: What’s your take? What do you see as the future of higher education? Add your comment in the Q&A post, and read more news and analysis in our Higher Education channel.