The Paper Routes That Changed the Business World 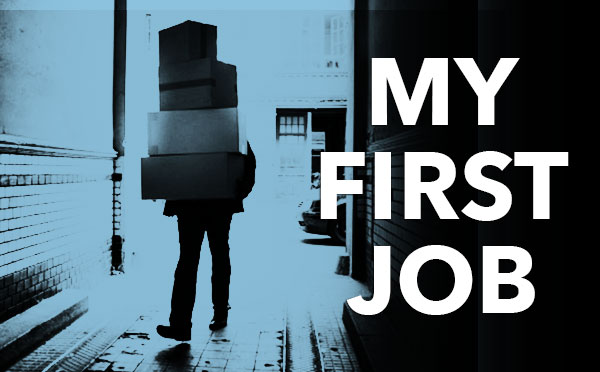 Leaving a flock of domesticated birds to their own devices, mis-handling ice cream scoops and returning children to their parents covered in flour aren’t achievements you’d expect to see on top-tier resumes. Yet they’re all experiences that LinkedIn’s Influencers-- some of the top minds in business -- remember from the first jobs they ever had. Over the next few weeks, we’ll publish stories from nearly 90 Influencers discussing the first time they earned a wage, as part of the “My First Job” feature series.

One takeaway from this compelling collection: Start young. Four-fifths of the business leaders that answered our survey were working before they were 18 years old. Reassuringly, these weren’t all prestigious assignments. In fact, when we surveyed participating Influencers on their early jobs, 39 percent said that their first professional gig comprised mostly grunt work.

Around a fifth of the Influencers in this series worked in food service, a tenth were retail store clerks, and another 10 percent landed entry-level office jobs. One job was particularly popular: Nearly 10 percent of survey respondents had a paper route.

The very first money-making enterprise in a person’s life can say a lot about who they are as a professional. Virgin founder Richard Branson showed his entrepreneurial spirit at age 11 by breeding parakeets for profit with another young friend. The business partners neglected to plan for the care and feeding of the unsold birds, however, causing some to escape and others to meet an untimely end.

Mishaps like the bird-sale scheme didn’t discourage Branson, however. His mother, a practiced self-starter, taught him to embrace his mistakes, and that “if an item doesn’t sell, you try something else.”

Others showed their resoluteness at a young age: GE CMO Beth Comstock found herself outmatched in strength and toughness when she took an assembly line job in a factory that produced spatulas and trash cans. But despite her co-workers taking bets that she wouldn’t survive her first day, Comstock persevered through the entire summer assignment.

Many Influencers got hooked on the industry they started out in. Of those surveyed, 17 have stayed in the same field since that first assignment. Herb Greenberg, journalist at The Street and CNBC, writes that even though his first job, at a now-defunct Miami-area newspaper, involved mostly thankless tasks like filling glue pots and changing typewriter ribbon, it sparked a lifelong love of journalism. As Greenberg puts it, emerging from the newsroom with stained hands “was where the ink got into my blood -- quite literally.”

We’ll be featuring a new set of first job stories each Tuesday for the next three weeks. These compelling, funny, humiliating and heartening tales show the breadth of ways successful people can start working, and offer insight into the earliest experiences of some of the working world’s top minds. Be sure to check back each week for new stories in the series. Here are a few great ones to get you started: