This Veterans Day, a Challenge to Every Professional 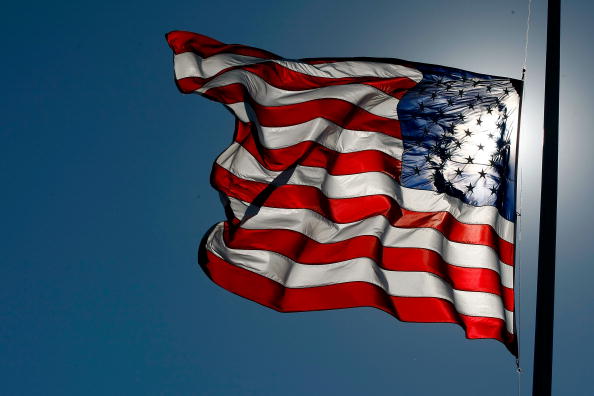 On a holiday honoring military veterans, there's a sobering reality: Hundreds of thousands of former service members remain out of work.

The unemployment rate for post-9/11 veterans stood at 10 percent in October, according to the Bureau of Labor Statistics. While that’s a slight improvement from previous months, it’s still well above the 7.3 percent jobless rate for the country as a whole.

LinkedIn’s Influencers write regularly about the challenges veterans face in finding jobs after returning home. But few have been more prolific on the subject than Craigslist founder Craig Newmark, who has taken up the issue as one of his top causes.

I spoke with Newmark by phone recently about why veterans’ unemployment is such a difficult issue to solve – and what every professional and hiring manager can do to help. Our conversation, edited slightly for space and clarity, follows:

LinkedIn: You work with a number of different veteran’s groups. What’s been the biggest surprise as you’ve gotten to know service members?

Craig Newmark: The biggest surprise has been just how good a fit they are for so many different jobs. Service members are good at making smart decisions in a hurry, and they have a great work ethic.

The unemployment rate for veterans has remained high despite years of focus on this issue. Why?

One problem is that it’s hard to translate military skill terms to things that make sense to civilian recruiters. People have kind of forgotten that we have lots of service members coming home that are going to need a little break.

Many companies say they want to hire veterans, but struggle with how to do that. Could you speak to some of the challenges you’re hearing?

A lot of the problem has to do with geography. Often, vets are some distance away from where hiring is going on. A lot of it also has to do with vets not knowing what kind of jobs they’re a fit for. One group that I’m involved with is called Vets in Tech: That’s an effort to reach out to vets, wherever they live, to connect them with the technology industry.

Speaking of tech, how would you rate the tech industry’s handling of veterans?

We want to do well; we want to do better. But part of the big problem is a lack of communication. I’ve thrown myself into the effort; I’m now talking with a lot of vets, a lot of veteran-service organizations... I think there’s a perception that there’s too big of a gap between Silicon Valley culture and military culture. So I’m doing what I can to address that in my own little way: I’m getting more people to talk to each other. For example, I think vets, or service members, could use a hand in writing a resume that a hiring manager would understand. What if I suggested and put out a call to action for recruiters and hiring managers everywhere to volunteer to help vets build their resume?

That’s a good point: A lot of professionals want to know what they can do to help. So what’s your answer to them?

Learn something about military culture. The way I’ve learned a little – just a little –  is through The Truman Security Project. One of their big projects is to train people on how to talk to people in the military. For example, I know that soldiers are not the same things as Marines, are not the same thing as sailors. To show respect, you’ve got to use the right words. There are other differences in culture. In the military, people call others “sir.” In Silicon Valley, no one uses the term.

Besides learning military culture, what else would you like to see professionals do to help veterans?

I would like to think that any time a vet applies for a job, that when a recruiter or hiring manager sees it, that they do their best to help coach the vet and to help them re-write their resume.

So you’d like to see more of a dialogue with vets?

Everyone’s busy: recruiters and hiring managers. But if, once a week, a hiring manager or recruiter did something -- even if the vet isn’t a current fit for the job -- [it could be significant]. Maybe bring them in for a half hour, interview them, and help them improve their presentation and resume. That’s something we should check out with some of these vets’ organizations. ...This feels like it could be effective; I’ve never heard anything close to this idea. But I’m an engineer and I like to get things done.

Why are you so personally interested in this issue?

I grew up during the end of the Vietnam War. So there I am in high school, wearing a classic pocket protector and thick black glasses taped together, seriously. And I have no social skills. But I see Vietnam vets coming home and being treated badly. This stinks, but I don’t understand the issues. About seven years ago, I was at a “PBS NewsHour” thing, sitting next to a guy from the Iraq and Afghanistan Vets of America, and I intuitively understood why it would be good to help out vets. I figure if someone is going to put themselves in harm’s way, and risk taking a bullet for me, I should do something.

Readers: What’s your suggestion on how professionals can help veterans? Leave a comment and share your ideas here. LinkedIn also relaunched its site for veteran job seekers this morning -- for additional resources and advice, go to veterans.linkedin.com.