Productivity Hacks: 60+ Influencers on How to Work Smarter 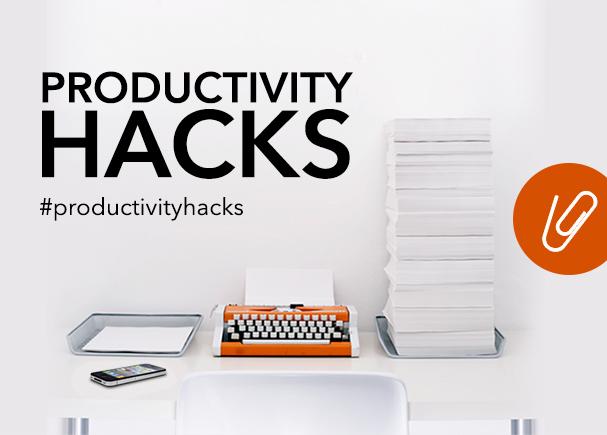 This post is part of a series in which LinkedIn Influencers share their secrets to being more productive. See all their #productivityhacks here.

"2014 is my year!" you might have said, joyful and hopeful, when midnight struck on January 1st. This year, you would whip your body into shape, finally. You would make that final leap at work to become a senior manager. You would turn off the computer every night at 7pm to see your kids grow... Three weeks on, you've been to the gym twice, and you're hoping the glow of your laptop won't wake up your spouse as you cram for the project that might, just might, earn you that promotion. Back to old habits.

Whatever resolution you may have made for this new year, we're all facing the same reality: there are only so many hours in the day. How can you achieve this year what you didn't find time for last year? The only way to find more hours in your day – unless you've got Doc Brown on retainer – is to make every minute count.

So we've enlisted the help of LinkedIn's Influencers to find out how they get it all done. This week, these top leaders in their field – covering everything from technology to retail, healthcare or management consulting – share their best Productivity Hacks in our latest featured content series.

Here are a few of their concrete tricks to be applied.

Unsurprisingly, such accomplished professionals are highly productive: On a scale of 1 (ultimate procrastinator) to 5 (master of getting things done), most rate themselves at a 4 or 5. But don't think it's hopeless if you're not quite there: Kevin Roose rates himself at a 1. The New York Magazine writer was constantly distracted by his computer's many functions – I hear you, Kevin – and found himself reorganizing his iTunes library when he should have been finishing his recent book. So he dumbed down his computer, turning it into a typewriter. Social media guru Gary Vaynerchuk says he too struggles: "I've always been disrespectful of my time, even though I've valued it the most." What he's good at is identifying people who can help him achieve what he needs. "I'm a human hacker," he writes. 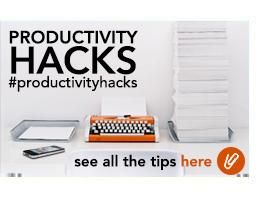 People are, indeed, essential to many Influencers' productivity. BP Capital CEO T. Boone Pickens spends half his day in conversations with his colleagues to generate idea. Frank Wu, chancellor and dean at the UC Hastings College of Law, reminds managers to "delegate, delegate, delegate." RedBallon founder Naomi Simson notes that productivity starts with having the right attitude: "As you read all the tips and tricks in the series of Hacks, remember one thing: Happy people are creative, productive people."

So, happy people, what are your #productivityhacks ? Let me know in the comments and I'll write a follow-up post with the best of the bunch.