Everything You Need to Know After Friday’s March Jobs Report

Editor’s note: This post was originally published on LinkedIn by senior editor, Chip Cutter. For additional stories from Chip, you can follow what he is writing on LinkedIn. To continue the discussion around this month’s jobs report, and stay updated on insights regarding the future of jobs and the global economy, follow the LinkedIn Economic Graph Showcase Page. 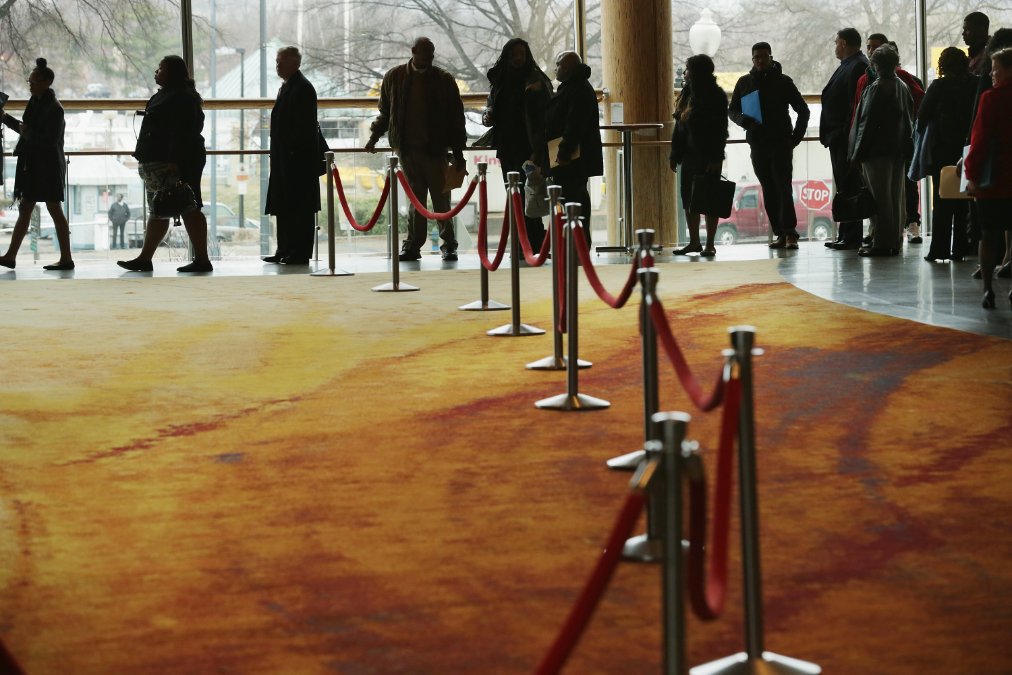 The government's all-important monthly jobs report is out, and economists, business reporters and LinkedIn's Influencers are picking it apart to get a better sense of the health of the labor market. Here's a primer on the numbers, and early reactions.

The numbers: The winter slowdown in hiring appears to be over. Employers added 192,000 jobs in March, the Labor Department reported, down slightly from the previous month but in line with economists' forecasts. The unemployment rate held steady at 6.7 percent. The government also revised employment up from January and February.

What it means: CBS News business analyst Jill Schlesinger, writing on LinkedIn, called it a so-so report and a return to the "pre-polar-vortex trend" in the job market. "This good, not great report brings us back to where we were before the severe winter," she notes. "Now the question remains: When will the big uptick in job creation finally arrive?"

The good and bad news: It took six years, but jobs in the private sector have now returned to their pre-recession peak. Total unemployment remains lower, though, mostly because of a decline in government jobs.

Where's the growth? Still, even though employers are adding jobs, they're not creating them at a rate that would spur the economic recovery, says Justin Wolfers, a senior fellow at Brookings. In a tweet, Wolfers described it as an "ongoing, underpowered recovery." Bill McBride at Calculated Risk provided a graph showing how the current jobs recovery remains slower than any other post-war recessionary period.

Who's job searching? The number of people actively looking for work, known as the labor-force participation rate, rose to a six-month high in March. Some see that as a sign of progress: the economy is healthy enough that jobseekers think they can find work. New York Times senior economic correspondent Neil Irwin called it a "huge rise" and applauded it as progress, while Paul Vigna of the Wall Street Journal said it "doesn't go very far" and is still too close to the long-term low. Quartz's Matt Phillips quipped, "it lives!"

The worries: Economists remain concerned about the prospects of the long-term unemployed, the people who have been out of work for six months or more. Here's why: Short-term joblessness is now back to pre-recession levels, as The New York Times noted Thursday. But 3.7 million people have now been out of work for 27 weeks or longer,according to today's report, a level far above what's considered healthy. What's even worse: When the long-term unemployed do find work, it's often in part-time jobs or in lower-paid positions, as the NYT's Annie Lowrey wrote today. 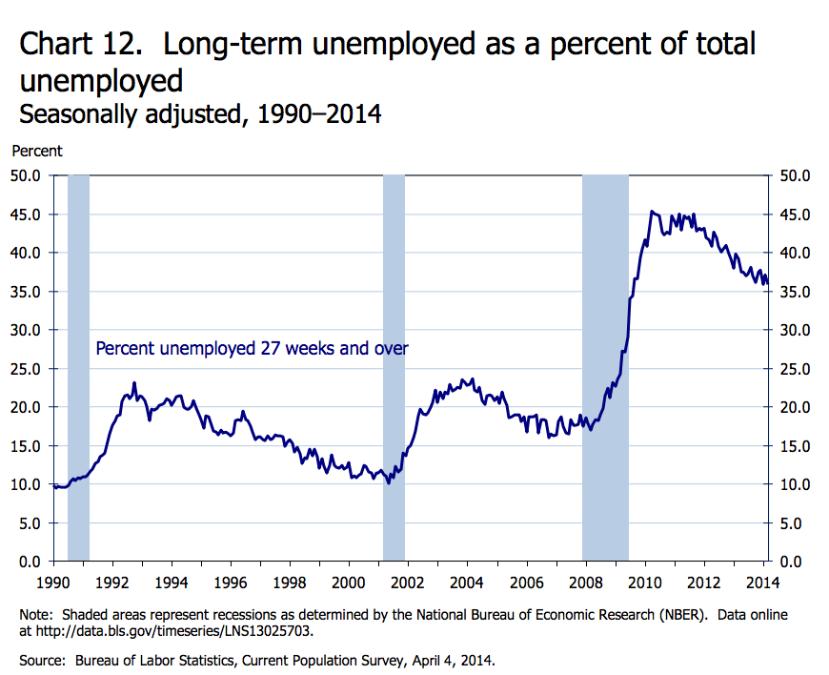 One final note: Remember that the jobs report isn't the last word on the labor market; it's only a rough measure. As author Zachary Karabell has emphasized on LinkedIn -- and in a smart new book on the subject -- economic indicators can be misleading. "The unemployment rate is a recent invention designed for limited purposes," he wrote, "yet it has come to assume totemic status in a way that makes it almost impossible to have a cogent discussion of labor in the United States."

Karabell's advice: Accept the reality that one unemployment rate does not capture the state of the American job market. "There are multiple rates, by race, by gender, by geography and above all by educational attainment," he says. "By pretending that there is a meaningful rate, we then adopt policies that are bound to fail."