Behind the Scenes: 60+ LinkedIn Influencers on How They Do What They Do 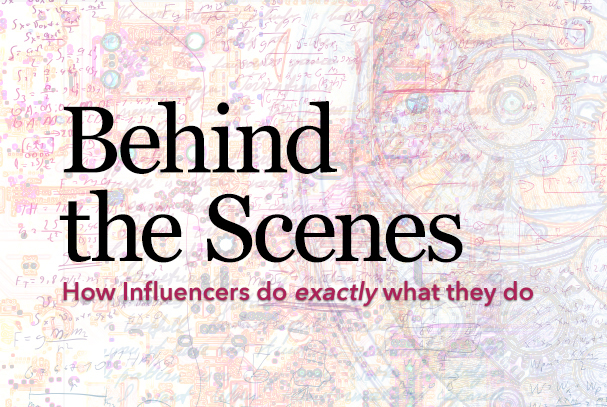 This post is part of a series in which Influencers go behind the scenes to explain in detail one aspect of their work. Read all the stories here and write your own (please include the hashtag #BehindTheScenes in the body of your post).

As children, the world of work appears a black box to us. We see our parents leave in the morning and come home at night, and at best we imagine them sitting in front of a computer and meeting other people in suits. What they do is a mystery.

As grown-ups, we lift the curtain a bit. We learn a trade, enter a business and find out how things are done. With each company comes a new vocabulary: marketing, conference calls, EBITDA... they suddenly make sense. But we only know our corner of the world, one industry, or two, or three, over a career.

What do other professionals do all day? How does one create a kids' TV show, decide where a cruise ship is going to dock or build a weather forecast? This week, 60+ Influencers take you behind the scenes on their own work life and share how they do exactly what they do.

Let's start with every kid's fantasy job: TV (that is, before kids only watched Youtube.) It may not be so much a fantasy when you read that Bloomberg's Betty Liu gets up at 3.45 a.m. every day. (At least the Turnpike's dead, small graces...) And by then, Tom Keene, who's on the air two hours earlier, is already in the office. There may be one person on camera, but there are plenty in the wings. By the time the anchor gets in, Betty Liu writes, "producers would have sent me notes about what Guest A thinks about X topic and any news related to X topic. Our news desk will have updated the newsroom on any overnight developments, including any soundbites from important CEOs, politicians, and newsmakers."

General Stanley McChrystal too knows the power of teams: he credits his for the successful hunt for Abu Musab al Zarqawi. "'I' is ego, and a risky path for any leader," he writes. "'We' is empowerment, transparency, and shared context – all of the things the modern environment requires to be effective." To build such a team of highly effective people – the critical role of any CEO – Rajat Taneja details his system as an executive at Visa. "Most of us haven’t been trained in hiring talent — we get there from being well-trained in our respective disciplines. But talent acquisition is a separate skill that takes time and devotion to build."

So is starting a business. Ian Bremmer readily admits he had no idea what he was doing: "I called it Eurasia Group because Eurasia Guy didn't sound all that credible." You can learn a thing or two from his stumbling first steps, and from Hightower's Elliott Weissbluth, who shares one essential trick from behind the scenes of entrepreneurship: beg, borrow and take all the free stuff you can get! It's not for every one, warns Sallie Krawcheck, but if you're up for it, she shares her step-by-step guide. 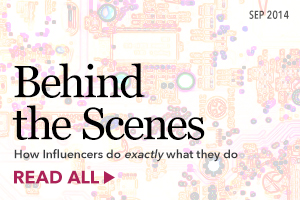 There's more, now and over the coming days: Naomi Simson's must-read on how to raise teenagers and manage millennials; Ije Nwokorie on how to lead effective workshops; Mark Mobius on how he researches a country's investment potential; Judith Rodin on how charities figure out where to spend $100 million; Diego Rodriguez on building a design school curriculum; Michael Wheeler on handling a rowdy MBA class; Meabh Quorin on how trendspotters work...

Want to take us behind the scenes on your own work? We'd love to hear from you. Write your own post, including the hashtag #BehindtheScenes in the body of the article. Unsure what to write? Here too we've got you covered: five of our best writers explain how they do it.