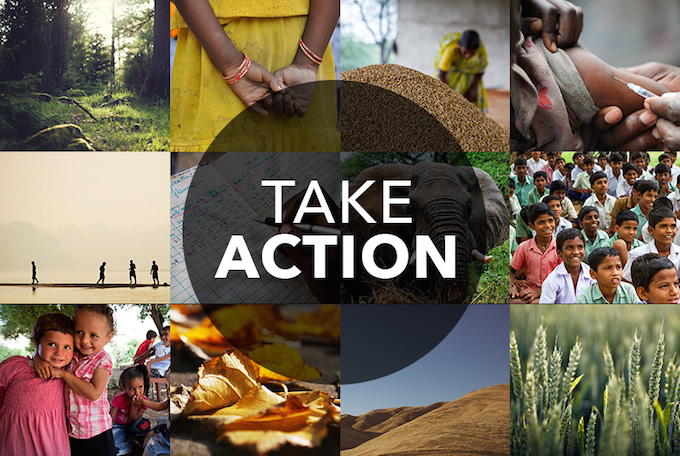 This post is part of a series in which Influencers and members discuss how to drive change that matters. Read all the posts here and write your own; include the hashtag #2030NOW in the body of your post to join the global social good conversation happening this week.

Procrastination leads to an exhausting feeling of guilt. There’s something you know you should be doing, but for some reason – be it conformity or laziness – you stay away from it. Whether you’re delaying homework for lack of time, avoiding a big project because your boss imposed it on you or not tackling a challenge for fear you’ll fail, the feeling is there. And it’s not going anywhere. The ultimate form of procrastination, I believe, is not dealing with the fact that you’re responsible for making the world a better place.

There are countless inspirational quotes about changing the world. There’s Mandela’s “it always seems impossible until it’s done,” and Mother Teresa’s “if you can’t feed a hundred people, then feed just one.“ I recently ran into a simpler one: “Unless someone like you cares a whole awful lot, nothing is going to get better. It’s not.” It’s unsophisticated, yet clear. Interestingly enough, its author – Dr. Seuss – was not on a mission to save the planet. He merely wanted to empower kids to take action.

But the Dr. Seuss line may be a fitting slogan for the massive social impact conferences about to kick off — UN Climate Summit, Mashable's Social Good event, the Clinton Global Initiative and more — which argues that the ideas with the biggest impact often come from small groups of people following a mission with passion. Why hope for others with more power, money, time or expertise to do something for you, when you have the ability to make your own difference in the world?

Disrupt the World, One Person at a Time

It’s an approach that has long guided some of the best-known figures in philanthropy. 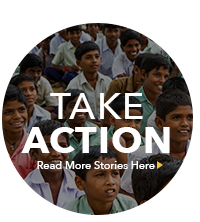 When Jim Yong Kim, was a few months into his first year at medical school, he felt disconnected from the problems of the real world. His friend, Paul Farmer, had told him about his experience in Haiti and the need for quality health care, so Kim decided to travel there with him. They both witnessed how hard – and expensive – it was for the local community to treat infectious diseases like tuberculosis. They soon realized the system needed to change. With help from others, they trained community members to treat patients in their homes, rather than having to send them to hospitals abroad or wait for medication that often took too long to arrive.

Together, they founded Partners in Health and soon expanded operations to Peru, Siberia and other places, in large part, to fight some of the most-neglected diseases on earth. Many years have gone by since then, but Farmer has focused on getting treatment right for patients and Kim has applied those principles to help change global policy. In 2012 Barack Obama appointed Dr. Kim as president of the World Bank, and for the first time the professional experience of its leader matched its stated mission.

When the World Comes Together

While individuals take action independently, organizations have been tackling broader goals by uniting the world.

In 2000, 193 countries committed to help achieve eight Millennium Development Goals by 2015; goals like eradicating extreme poverty, achieving universal primary education, gender equality and combating diseases. Two people have been instrumental in its execution: Ray Chambers, UN Special Envoy for Financing the Health MDGs and for Malaria, and Jeffrey Sachs, Director at the Earth Institute at Columbia University and special adviser to UN Secretary General Ban Ki-moon. Together they founded Millennium Promise, a non-profit that empowers communities to lift themselves out of extreme poverty.

From dealing with climate change and the MDGs, to seeing the importance of technology in social impact and reviewing the trends for the future, other LinkedIn Influencers are also taking action.

"Sustainable development is the central drama of our time. …The world economy is not only remarkably unequal but also remarkably threatening to earth itself. The unprecedentedly large scale of the world economy is creating an unprecedented environmental crisis, one that threatens the lives and well-being of billions of people and the survival of millions of other species on the planet, and perhaps even our own.”

Blake Mycoskie was backpacking in Argentina when he noticed that not owning a pair of shoes was preventing kids from attending school. He immediately founded TOMS and developed the one-for-one model: for every pair of alpargatas he sells, a new one is sent to a child in need. He believes the private sector should be involved in social good.

The UN’s Ban Ki-moon is taking a stand on climate change and the outbreak of Ebola. Anthony Leiserowitz, the director of the Yale Project on Climate Change Communication adds: “A critical factor underlying political will is the intensity of public support for climate action. Few politicians (who wish to get re-elected) are likely to promote or act on policies that are not priorities for their constituents.” David Kenny, the CEO of the Weather Channel’s parent company, thinks climate change impacts are uncertain, but certain enough.

Philanthropist Jeffrey Walker weighs in on the strong need for more health collaborators to reduce deaths. If you want to participate and learn how to change the trend, check out his post.

Jennifer Dulski from Change.org states technology is supercharging women’s empowerment. Kathy Calvin, CEO of UN Foundation, shares the importance of the gender data gap and how it has practical implications for the lives of girls and women around the world. Mashable’s Pete Cashmore, for his part, has been hosting the Social Good Summit for five years, focusing on how digital tools are changing the world.

Phumzile Mlambo-Ngcuka, Executive Director of UN Women, believes “if we are serious about tackling climate change, we must ensure that women are equal partners and drivers of environmental decision-making.” Jacki Zehner, CEO at Women Moving Millions, shares compelling data on the importance of maternal and reproductive health.

Want even quicker tips? Chef and author Marcus Samuelsson shows us how to cut down on food waste and make a big impact.

So how are you improving the world around you? What’s your experience volunteering or working in a nonprofit? How should we tackle millennium goals like eradicating extreme poverty, achieving universal primary education, gender equality and combating diseases? Is technology affecting social good? What are the trends for the future?

Share your thoughts by writing a post on LinkedIn and be sure to use the hashtag #2030NOW somewhere in the body. Add the link for us all to read here in the comments below and tweet it to us via @LinkedInPulse.

Stop procrastinating and tell us: How do you take action?