Getting Off the Sidelines: LinkedIn Speaker Series with Senator Kirsten Gillibrand

When Senator Gillibrand visited LinkedIn last week for her Speaker Series talk, she not only impressed us with her legislative accomplishments; she demonstrated the importance of telling stories — our stories, and the stories of those we serve or who need our help. This is how she is able to make a difference — by sharing her story and the story of others to inspire change.  She encouraged all of us to make our voices heard to change the world.

Her stories of working on issues close to her heart and the hearts of the people she serves is a true beacon and reason for optimism in the United States. Senator Gillibrand said that “raw emotion, raw urgency, and empathy are what’s missing in Washington today,” and we at LinkedIn had the privilege of seeing all of those qualities shine through in her. 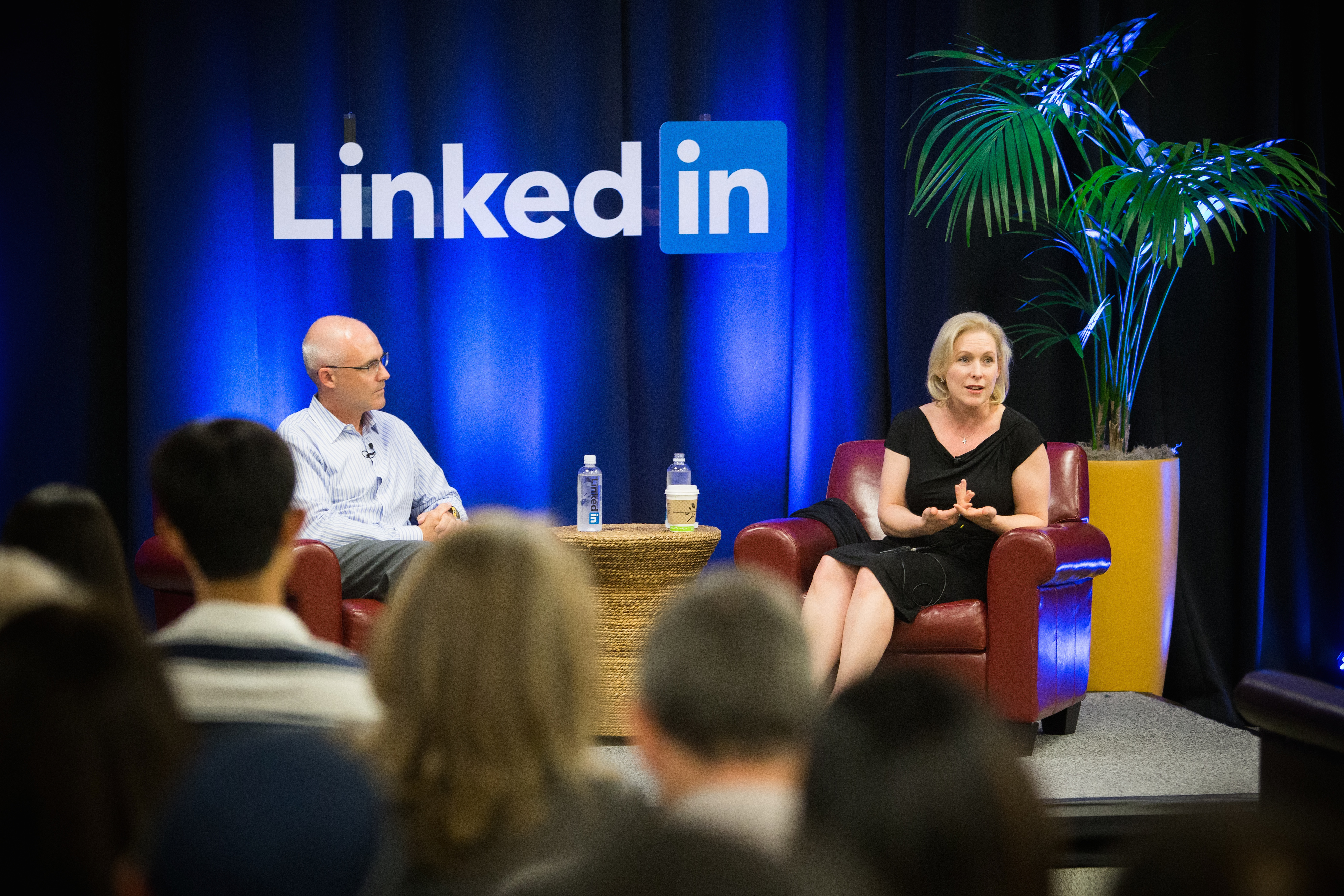 Since becoming a Senator in 2009 after then Senator Hillary Clinton became Secretary of State, Senator Gillibrand helped lead the successful charge to repeal “Don’t Ask, Don’t Tell” after hearing the heart-breaking impact that law had on so many Veterans. She co-sponsored legislation with a Republican lawmaker in order to gain bipartisan support for health care coverage for rescue workers who fell ill after helping at the 9/11 crash sites, and is working across the aisle to end sexual assault in the military and on college campuses.  She is truly a powerful force in Washington.

But her message resonated with me in a different way than other “speak up and be a leader” messages have in the past. For starters, I can relate to Senator Gillibrand as a woman “doing it all” (note: she believes in using the phrase “doing it all” instead of the now-common “having it all”). She’s a mom trying to balance work, marriage, and a calling to serve others. And she is surprisingly normal. I have sat on the bleachers watching baseball games and volunteered at my kids’ schools with parents just like her. She isn’t perfect and doesn’t try to be; she’s completely genuine and speaks honestly to her fears and challenges. She is keenly aware that not everyone “likes” her, and while many people will judge her, and she just had to get comfortable with that in order to put herself out there to advocate for others.

Senator Gillibrand is one of the country’s most powerful leaders, and hearing her speak was a remarkable experience because she was so humble and normal. I can see myself in her. I can also raise my voice and change the world.  So can you.