Read on for the full results of the Q3 LinkedIn Economic Confidence Outlook survey of more than 13,000 senior business leaders on LinkedIn, including global optimism, optimism by country, and hiring expectations by country.

Executives’ views of the next generation

Based on the executives’ answers, countries like Switzerland, the Netherlands, India, Canada, Germany and Belgium seem to be doing the best job preparing students. Countries like Brazil, Japan, Spain and Italy appear to lag behind in the eyes of executives in those countries. 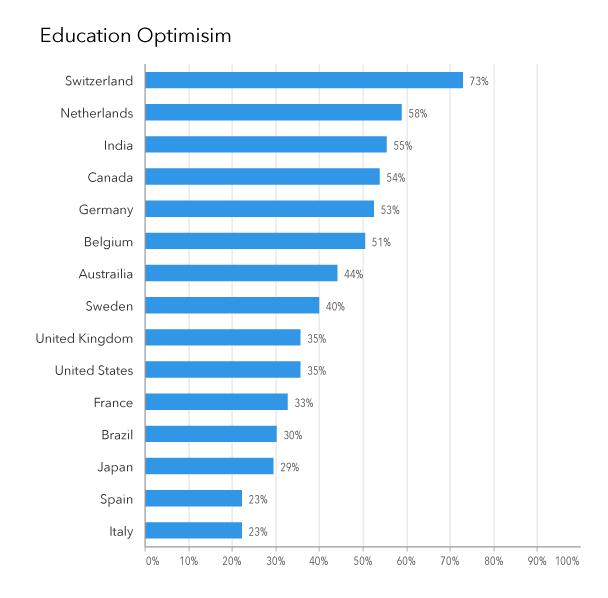 Executives in almost all of the major economies around the globe are feeling less optimistic about the global economy getting better than they did a quarter ago. This retreat in sentiment could signal a change in how these executives approach their business decisions in the near term. 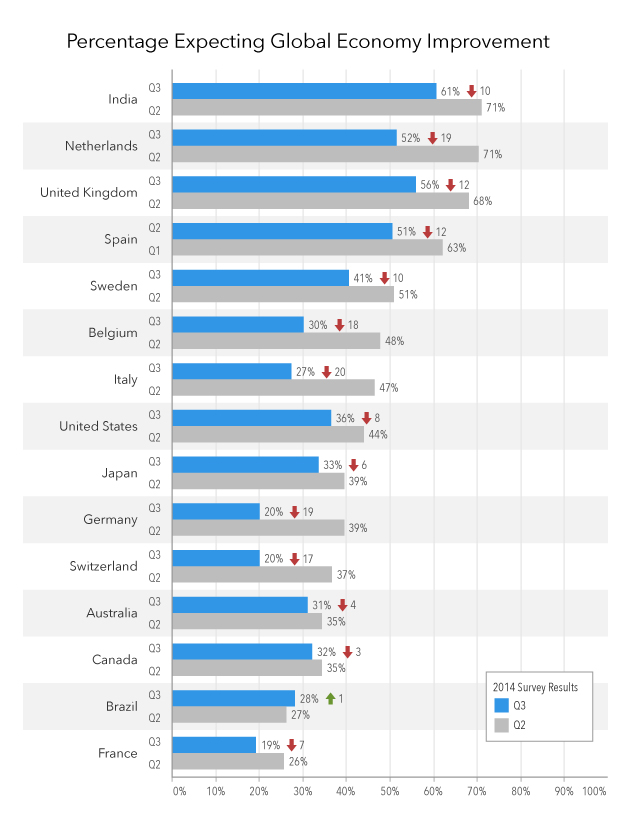 Optimism towards India’s economy continues after the first 100 days

The post-election business euphoria has yet to wear off among business executives working in India. Based on their responses, they remain bullish on the near term economic outlook for India’s economy. India is among the few countries bucking the negative trend shown in other countries.

Full results for the Q3 2014 LinkedIn Economic Confidence Outlook are included below, along with individual breakouts for each country represented in the survey:

Watch for our next LinkedIn Economic Confidence Outlook in the fourth quarter of 2014. In the meantime, follow the Economic Graph Showcase Page for continuing coverage of issues impacting the global economy.

About the LinkedIn Economic Confidence Outlook

Each quarter, LinkedIn taps more than 13,000 senior business leaders from among its membership of more than 300 million professionals around the world from nearly every major industry and job level. We ask them a series of questions designed to elicit perspectives on where their national economy and the global economy is headed in the near future.