Optimism About the Economy On The Decline: Results From 2014 LinkedIn Economic Confidence Outlook

Here’s what we’ve learned about economic confidence in 2014.

Optimism about the economy declined

The majority of business leaders felt less optimistic about their country economy and the global economy than they did at the start of 2014. In selected economies around the globe we saw some positive movement, but the overarching trend for 2014 across several measures had a decidedly negative tilt. Economic confidence saw a gradual decline in executives’ outlook, mirroring an international economic picture that continues to be ambivalent about the future. In many places this included declining optimism towards the global economy and their country economy, all while hiring within their organizations remained largely flat. 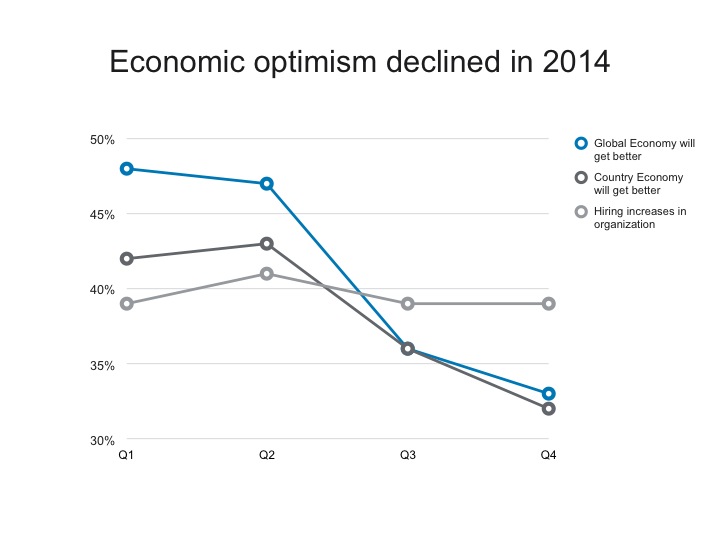 The effects of elections were mixed

In Q2 2014, we saw a titanic change in India’s economic sentiment after the nation’s pro-business election. Confidence in India’s economy took a leap among local business leaders, moving from 53% to 90% in Q2 2014. However, election results in the United States and Brazil saw less of an effect on those countries’ confidence. 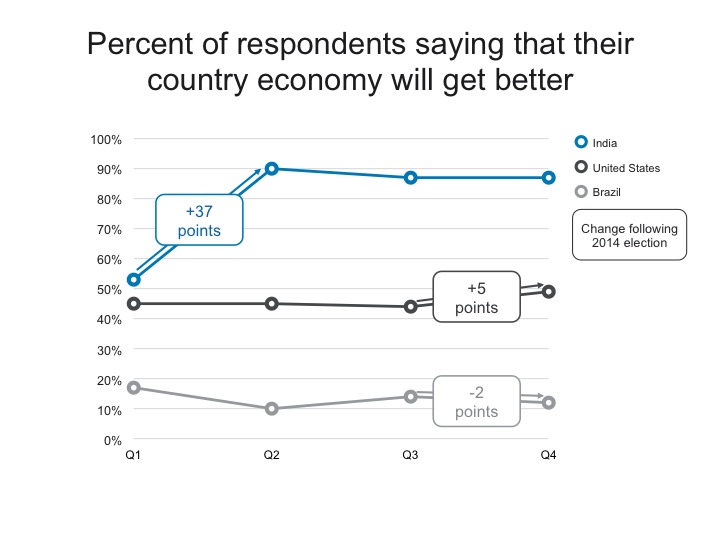 Four industries, in particular, faced declining confidence as 2014 drew to a close: 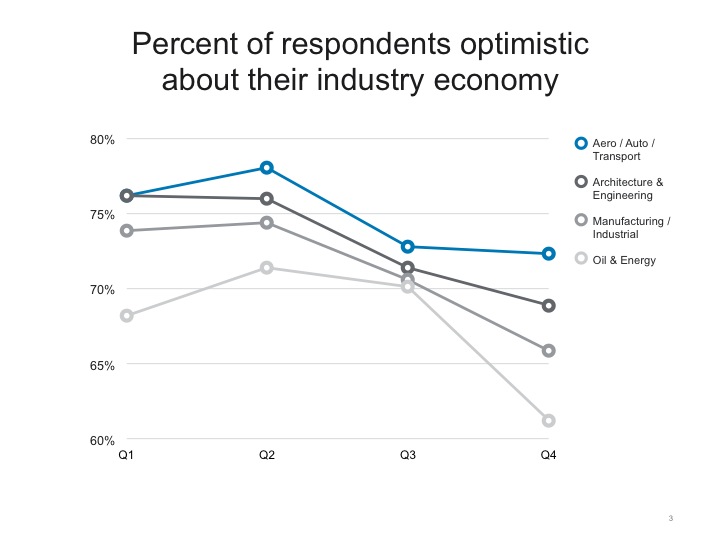 The decrease in optimism for Oil & Energy was particularly steep, coinciding with the start of the global collapse in oil prices that was felt in the latter half of 2014.

Results from the previous quarter’s survey are available on SlideShare.

About the LinkedIn Economic Confidence Outlook

Each quarter, LinkedIn taps more than 13,000 senior business leaders from among its membership of more than 332 million professionals around the world from nearly every major industry and job level. We ask them a series of questions designed to elicit perspectives on where their national economy and the global economy is headed in the near future.

The surveys were conducted in 2014 of LinkedIn members director-level and above. Responding executives were located in Australia, Belgium, Brazil, Canada, France, Germany, India, Italy, Japan, Spain, Sweden, Switzerland, the Netherlands, the United Kingdom, and the United States. These countries represent almost two-thirds of global economic output.