Industries Where Your Network Matters More Than You Think

You’ve probably heard the adage that your next job is likely to come from someone you know. While people find work through a variety of channels, your network may be more important than you realize.

By analyzing hiring and networking data on LinkedIn, we uncovered how connections between members impact the way companies bring on new employees. On average, 16% of new hires were already connected to someone at the company prior to joining. For example, if your company hired 100 people, then on average, 16 of those new hires were connected to someone at your company before they came onboard.

Many of these connected hires could have been formal referrals. However, it’s likely that many more were simply people who learned about the job opportunity from their professional network.

Making professional connections is extremely valuable. If you are one of the many people looking to make an industry transition, get to know people in your desired industry by going to professional events, asking for introductions, or by being a shameless opportunist.

Based on our analysis, the industries below hire the most from their employee networks: 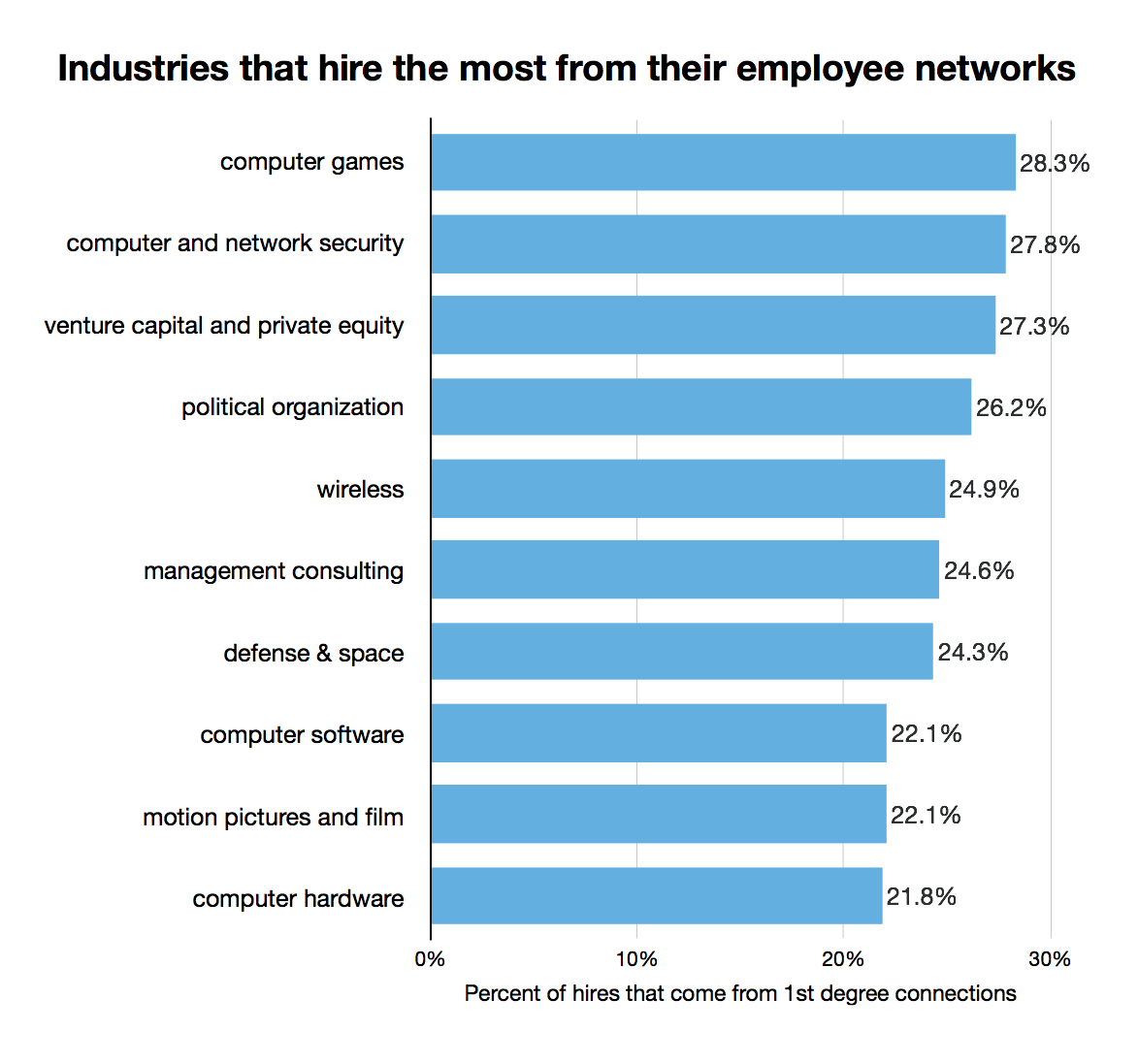 And on the opposite end of the spectrum are the industries that hire the least from their employee networks. 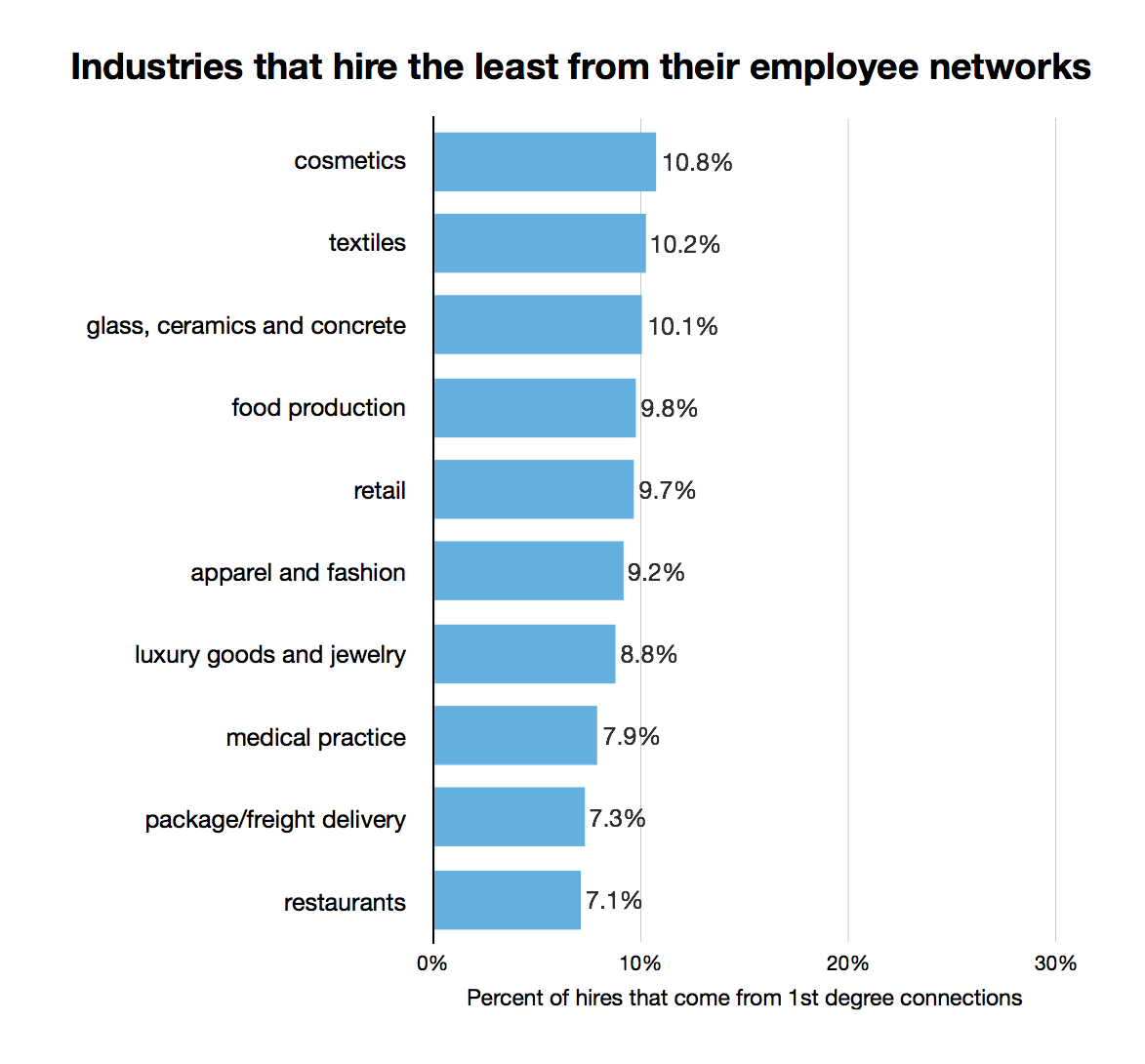 A few trends caught our attention when analyzing the data:

Whether you’re looking for an opportunity at a growing startup or an established enterprise, networking is going to make a difference. We found that the percent of hires that come from employee networks is roughly the same regardless of company size.

As we continue to develop the Economic Graph, a digital representation of the global economy, we hope to empower our members by helping them make better career decisions, get new jobs, grow their business, and achieve economic opportunity.

We isolated every member who created a new position at a new company during the month of October 2014. Then, we analyzed their connection history up to that point to determine if they connected with someone at their new company at least six months prior to starting the position. To produce the percentages above, members were aggregated by their new company’s industry and compared to the total number of new hires made during the month of October.