Everything You Ever Wanted to Know About (Gracefully) Leaving a Job 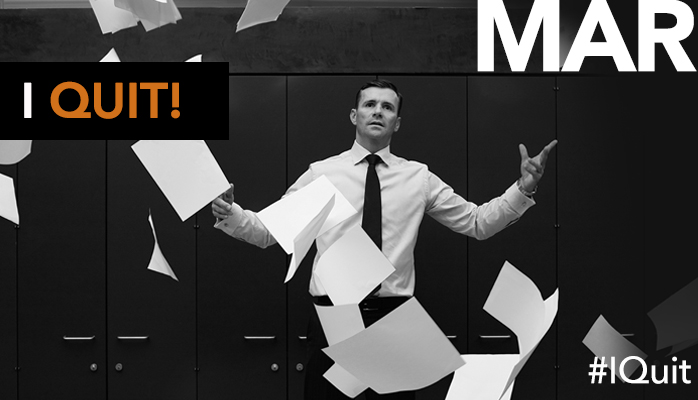 If starting a job is stressful, quitting one is downright terrifying. What if your new boss is worse than your last? Or what if staying is simply no longer an option, but you have no idea what to do next?

Whether you’re about to make the leap or you’re still plotting your escape, our latest series on LinkedIn, “I Quit!”, highlights all the right — and wrong — ways to leave a job. From Influencers like Richard Branson and Suze Orman to LinkedIn members whose quitting videos have gone viral, we take a closer look at the inspiration (and occasional mayhem) that comes with moving on.

And what if the grass isn’t greener on the other side? Take heart: Influencers like Nasdaq President Adena Friedman and ex-GE exec Robert Nardelli reveal how they each left a company on such great terms that they were welcomed back years later.

YOUR TURN: From summoning the courage to jump ship to informing your boss and colleagues, what's the best way to (gracefully) leave a job? How should you respond if your company guilt-trips you to stay? Or if you were fired, how do you position your departure?

Whether you’re celebrating a new job, coping with layoffs, or quitting to begin a new adventure or challenge (starting a company/family, traveling the world), here’s what some Influencers advise:

Listen when your gut tells you to move on.

After 13 years and 638 episodes on CNBC, personal finance expert Suze Orman is preparing to sign off with her March 28 series finale. For the first time, Orman describes what prompted her to end her show on a high note: “There was no external trigger; just a feeling that I had shifted, not the workplace... Could I have ignored that feeling? Sure. But that would have been so disrespectful. To myself, and most of all to the viewers.”

While most of our departures won’t warrant such public scrutiny, many of us can relate to the inertia of familiarity — and the gradual realization that it's time to make room for new challenges. As Orman points out:

As the boss, Richard Branson has seen top employees come and go, and he knows better than to begrudge them for leaving. “One of the great things about Virgin is that when talented people leave us, they often go on to create their own brilliant businesses,” Branson writes. “We’ve all stayed friends, and I’m sure there will be opportunities for us to collaborate further in the future.”

Quitting is not such a bad thing. Think of it as changing directions.

Whether you’re quitting a job or giving up on a dream, perhaps we can all learn from the startup mentality of pivoting. As Robert Herjavec, a Shark on ABC’s Shark Tank, says:

Herjavec also writes: “We can’t win at everything we do and in my experience, those who achieve greatness learn what they are good at, understand what they are passionate about, and find a way to pursue both in combination.”

Once you decide to quit, don’t waver.

Should your boss or company ask you to stay, don’t. Your boss no longer trusts you, and “your company will resent you for making them beg,” writes J.T. O’Donnell, CEO of Careerealism Media.

What do you think? Has your company ever tried to woo you back? Have you ever accepted a counteroffer?

Leave the door open. You might want to return one day.

Few people go about life with the goal of burning bridges or slamming the door on the way out. But maybe those greener pastures will turn out to be anything but, and you’ll find your way back.

Take Robert Nardelli, for example. He left General Electric on such great terms that his boss Jack Welch took him back four years later. The experience of leaving and returning to a company “has inspired me to give several other employees second chances, too,” writes Nardelli, who left GE a second time to become chairman & CEO of The Home Depot, then Chrysler.

In this series, we'll also highlight LinkedIn members who have quit — in some cases, very publicly.

Marina Shifrin’s “I Quit!” video of dancing to Kanye West has logged more than 19 million views since going viral on YouTube in 2013. Now living in Hollywood, the aspiring comedian says people still ask her for advice on quitting.

Her thoughts? “Don’t quit your job. It’s scary and it’s difficult. You’ll wake up in the middle of the night, soaked in pools of your own self-doubt… But if you decide to ignore my warnings and quit anyway because you have a desire so strong you're ready to turn your life upside for it, then let me be the first to congratulate you.” Find out how Shifrin's experience with quitting helped pave the way to her dream job.

On the other hand, Google employee Michael Peggs planned for months, carefully orchestrating his exit in this YouTube video set to Frank Sinatra's "My Way." Half a million views later, he tells us how his plan went painfully awry — the video went live before he could finish informing colleagues. Oops. “After four years of good standing, my last two weeks at Google were a little rough,” he writes. Read more about his “first day of freedom,” and what's next.

We'll also hear from LinkedIn members who are happier or more successful after quitting:

Mason Wartman, for example, left Wall Street to open a pizza parlor in his hometown of Philadelphia. When a customer wanted to buy a $1 slice for a homeless person, Wartman grabbed a Post-It note and stuck it on the wall as a makeshift voucher. A pay-it-forward model was born, the Ellen DeGeneres Show came calling, and today, his pizzeria doles out thousands of slices per year to the homeless. Read more about Wartman's post-Wall Street journey as an entrepreneur.

Has quitting paved the way to something better in your life? Take us back to the moment when you knew you had to leave, how you survived the transition, and what you might have done differently on your way out.

If you're a manager, why not tell us about the departures that were done well — and those that went horribly wrong?

Please be sure to include the hashtag #IQuit somewhere in the body (not the headline) of your piece. Start writing.