Creating Economic Opportunity in Cities Around the World

Have you ever seen a job that you wanted, but you didn’t have the skills or training to get it?

As we’ve worked on LinkedIn’s Economic Graph, we’ve been able to help people learn more about skills, learn from their networks about jobs, and evaluate universities according to their career outcomes.

This week we’re taking another step towards realizing LinkedIn’s vision of creating economic opportunity for every member of the workforce by joining the Markle Foundation in a partnership called Rework America Connected. 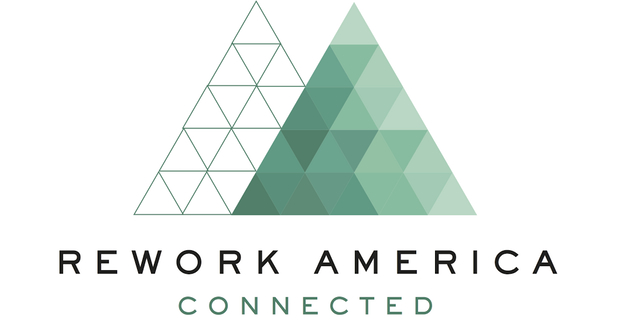 Rework America Connected’s goal is to address the middle-skills gap by helping people find local job opportunities and learn the middle-skills they need. Rework America Connected will begin in Colorado -- specifically in the Denver metro area -- and Phoenix because both locations present strong economies, diverse populations (including veterans and active-duty military), and high presence of middle-skill jobs, along with corporate, government, and academic partners committed to addressing the economic challenges faced by workers today.

Along with other partners such as edX, Arizona State University, the City of Phoenix and the State of Colorado, we’re helping build the framework for this innovative training and employment platform. Once launched, Rework America Connected will be an online destination that connects every sector of the labor force within Colorado and Phoenix, leveraging the job seeking and skills matching capabilities of LinkedIn. Through greater transparency among employers, educators, and job seekers, we’re aiming to create greater economic opportunity for the middle-skilled workers of Colorado and Phoenix. And we're planning to take the lessons learned and apply them more broadly in other cities and regions.

Here are some examples of the cities-centered work that we’ve been doing:

Helping New Yorkers connect with the jobs of tomorrow
In February, we worked on New York City’s Tech Talent Pipeline program, a $10 million initiative meant to train New Yorkers for high-tech jobs. Together, we analyzed aggregate LinkedIn data from more than three million LinkedIn members in the New York City region and 150,000 NYC-based businesses to provide Tech Talent Pipeline with insights on the current state of the city’s tech industry. Using the data, the city will be able to decide how to strategically deploy their resources to create the greatest economic impact.

We are also starting similar research in Toronto, which engages the private, not-for-profit and public sectors to uncover data to address skills gaps in the Toronto area. This work is in collaboration with CivicAction.

Retaining the best and brightest graduates in Chicago
In Chicago, we leveraged Economic Graph data to analyze the city’s software engineering ecosystem, evaluating their ability to retain local talent, migration of talent into and out of Chicago, and companies that are improving the local tech scene. This directly informed outreach strategies for the city’s ThinkChicago event, a workshop for aspiring graduates from top universities across the country. Knowing how to better position themselves, ThinkChicago received 1,032 applications for the event in 2014, up from 618 in 2013.

Amsterdam: understanding where the talent is and how to attract it
In Europe, the Amsterdam Economic Board - an organization that encourages innovation and collaboration between business, universities, and government - worked with LinkedIn to map what the current IT talent landscape in Amsterdam looks like and what the Board can do to attract more international talent in the future.

86,000 reasons why residents of Greater Manchester need to be on LinkedIn
The City of Manchester, England, is using LinkedIn data to identify the skills needed for open current and future jobs. These insights will be used by the Greater Manchester Combined Authority to help professionals develop the skills required to get jobs and strengthen and grow the region's economy.

Urban areas will continue to grow in the coming decades to house an even larger majority of the world’s population. To that end, we will continue to find opportunities to deploy the Economic Graph in cities where our data can best help create economic opportunity.

Learn More About LinkedIn’s Economic Graph
In developing the world’s first Economic Graph, we are realizing LinkedIn’s vision to create economic opportunity for every member of the global workforce. In this brief video, LinkedIn CEO, Jeff Weiner, describes how we are digitally mapping the global economy: