What the World's Best Leaders Know About Thriving in Turbulent Times 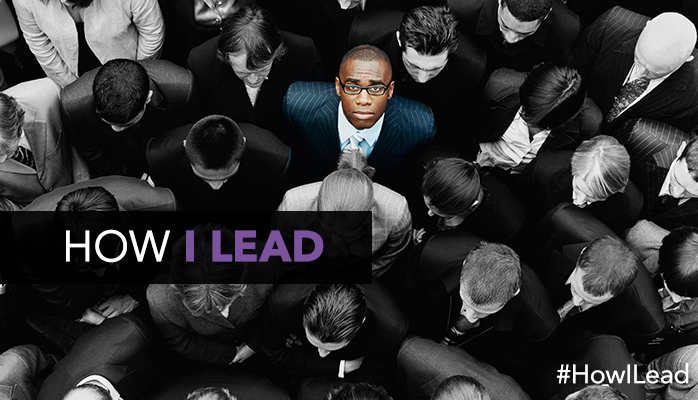 Whether you’re a manager or the one being managed, everyone seems to have an opinion on what types of leadership work — and what doesn’t.

In our latest series on LinkedIn, “How I Lead,” we went to the top and asked some of the world’s most successful CEOs and industry experts to share their leadership secrets and surefire management methods.

From Richard Branson to GM CEO Mary Barra, more than 50 Influencers revealed how they lead in times of turmoil or growth. But among the stories of success, some Influencers also recounted how they acquired their now-vaunted leadership skills the hard way: As inexperienced managers or bosses fumbling their way through trial and error, some of their leadership mistakes cost jobs, lowered employee morale, and/or resulted in personal feelings of failure. Or in the case of Craigslist founder Craig Newmark, he gave up management entirely after having an epiphany that he simply “sucked as a manager.”

YOUR TURN: What inspires you to be a better leader? Which leadership principles guide you? If you could pick your legacy, what leadership decision(s) do you hope people will appreciate years from now? Write your own post here; use #HowILead somewhere in the body of your piece.

From public missteps to private disappointments, here’s the hard-won advice some Influencers would give to anyone looking to become a better leader:

Be decisive, but give yourself time to see the bigger picture.

If you’re looking for leadership advice, a good place to start is with a billionaire like Richard Branson. Turns out the Virgin Group founder believes in taking a contemplative approach to decision-making: “After looking at all the stats, speaking to all the experts and analysing all of the angles, then take some time to yourself to think things through clearly. Take a walk, find a shady spot, or simply sit and think for a while.”

Taking your time may result in some missed opportunities, Branson admits. “One example that springs to mind is taking too long to decide to buy the rights to a new game called Trivial Pursuit,” Branson writes. But for every missed opportunity, there will also be averted disasters.

Don’t delay unnecessarily — but don’t rush either. Get that balance right, and you are far more likely to make the right call.

Good ideas have no hierarchy.

GM CEO Mary Barra is no stranger to leading in turbulent times. (Within months of becoming CEO, she found herself testifying before Congress.) One thing she knows from rising from the ranks of assembly plant manager?

No matter your industry, ideas can come from anywhere — from the line, the retail floor, or at your engineering center. Each person sees the work differently and their perspectives are invaluable.

Find “anchors” to support you.

As an early employee at Twitter, Claire Diaz-Ortiz saw what happens when a company grows from 50 employees to 5,000 in five and a half years. Her survival strategy for navigating company reorgs that might leave you with seven bosses in three years? “The best thing you can do if you’re not sure what team you’ll be on tomorrow is to find an anchor in a great mentor or professional champion.”

Someone who can have your back, yes, but be there to provide insight and advice if and when things get messy.

Be willing to adapt to new leadership styles.

When Maynard Webb was in his 20s, he adopted the leadership style of the day:  “I cared a lot about commitments and when people didn’t live up to them, I became angry and intimidating. It was a different time, when command and control was an accepted and expected leadership style. But still, looking back, I’m not proud of this behavior. It wasn’t cool. And, I soon learned it wasn’t the most effective way to lead.” Decades later, Webb now swears by leading with intensity — not intimidation.

Spend more time validating, cheerleading, and coaching. Praise in public, but coach and critique in private. Never make someone feel bad in front of his or her peers.

When morale is low, "work your tail off" to rebuild it.
Getting promoted usually comes with congratulations, but in some cases, it can set off a ripple effect of unintended consequences. For Sallie Krawcheck, she revisits that time she took a director-level job that her mentor had passed on. “Let’s just say he wasn’t happy. There was ranting, there was raving, and then there was quitting,” Krawcheck writes. His reaction stunned her, and left her team in shambles. So how did she bounce back from the public vote of no-confidence?

By recognizing that pretending things were 100 percent a-okay was a losing strategy. Candor went a long way with the team… By being available to our analysts pretty much all the time. By walking the floor a lot. By working my tail off.

In the coming weeks, we’ll highlight more leadership do’s — and don’ts — from Influencers and members.

YOUR TURN: How do you lead in times of turmoil or growth? What advice would you give inexperienced leaders?

Write your own post here; please use #HowILead somewhere in the body (not the headline) of your post.