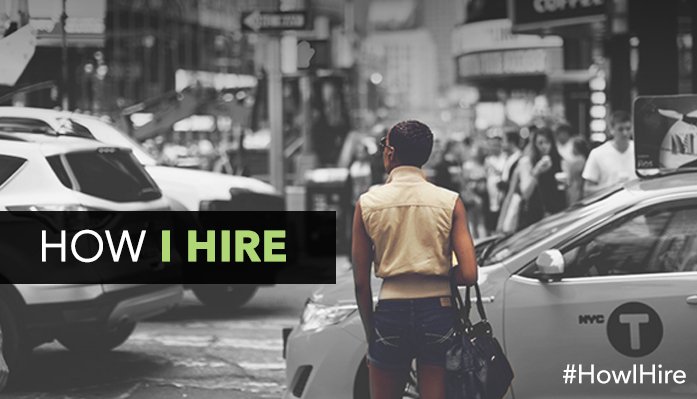 You’ve finally scored an interview for your dream job. How will you land a job offer? And how can you really tell if it's a perfect match?

For our latest series on LinkedIn, “How I Hire,” we asked some of the world’s top business leaders for the inside scoop: What makes a successful professional in their eyes?

From Richard Branson and Apple’s Angela Ahrendts to Shark Tank’s Robert Herjavec and Warby Parker’s Neil Blumenthal, 50+ Influencers reveal how to get through their doors — and what it takes to succeed once you're in.

YOUR TURN: Whether you’re the one doing the interviewing or the one being interviewed, what are your secrets to getting hired?

Write your own post here; please use #HowIHire somewhere in the body (not the headline) of your piece.

You can’t fake a personality, purpose, or passion.

Billionaire Richard Branson believes you can teach someone skills, but “you can’t train a personality.” The Virgin Group founder also believes in recruiting those who can compensate for his weaknesses. But above all, Branson relies on this litmus test when hiring:

"Purpose is no longer a buzzword. It’s a must-have. Passion and purpose will keep people focused on the job at hand, and ultimately separate the successful from the unsuccessful." — Richard Branson

Show me how you think — and feel.

If you ever spend an hour interviewing with Angela Ahrendts, count on questions that have more to do with examining how you think rather than whether you got the right answer. From gauging the size of your ego to assessing whether you’re a left-brain or right-brain thinker, Apple’s SVP of retail details what she might ask — and why:

"By the time [candidates] have reached my office, I think it is pretty safe to say they are incredibly smart in their field. I want to make sure they are culturally compatible. Are they empathetic, compassionate, caring and giving of their mind and heart?" — Angela Ahrendts

Be able to articulate how your critics would describe you.

Having hired Navy SEALs, Stan McChrystal knows the importance of putting the right people in the right place at the right time. And yet, the retired U.S. general admits that there is no secret formula for hiring. Now the co-founder of a leadership consulting firm, McChrystal has narrowed down his interviewing technique to this one revealing question:

“'What would someone who doesn’t like you have to say about you?'... Answering requires a combination of self-awareness, honesty, and courage that is hard to find.” — Stan McChrystal

Realize that “back-door” references can affirm — or sink — hiring decisions.

So you made it through a gauntlet of interviews, and you’ve shared a list of glowing references. Kevin Chou, the CEO of Kabam, goes one step further by checking “back-door” references: “Know that your reputation and accomplishments speak louder than your answers in a job interview. What’s said about you often carries more weight than what you say about yourself.” Remember:

"Your daily interaction with everyone around you, including those junior to you, may affect landing that dream job down the road." — Kevin Chou

Know that the qualities I value most aren’t found on resumes.

Character traits like integrity and credibility “make a difference between achieving our business goals and being tomorrow’s headline,” writes Ralph de la Vega, the president and CEO of AT&T Mobile and Business Solutions. “If you don’t have integrity, I don’t want you on my team.”

"It boils down to this: The people who work with you must have no doubt that you will do the right thing, whether anyone is watching or not." — Ralph de la Vega

If a bad hire is one of a company’s worst nightmares, how can you set yourself up for long-term success? From making your boss and your team look good to retaining your sense of originality, General Electric’s CMO Beth Comstock outlines her strategies for succeeding as a new hire.

"Remember that your company hired you because your background, skill set, and personality filled a specific need they had — it would be a real shame to suppress the exact things that make you unique once you get your ID card." — Beth Comstock

In the coming weeks, we’ll reveal more hiring secrets from Influencers and other business leaders:

YOUR TURN: Whether you’re the one giving the interview or the one being interviewed, what are your best strategies for getting hired?

Write your own post here; please use #HowIHire somewhere in the body (not the headline) of your piece.