Manage your day like Tony Robbins, Richard Branson, and other productive people 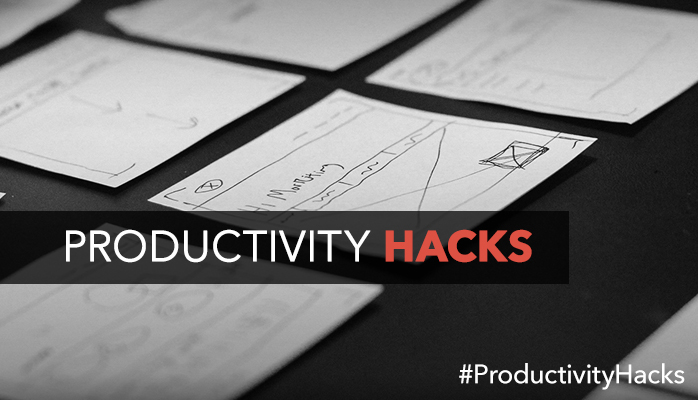 Whether you swear by Post-It notes or the latest tech tools, attempts to boost your productivity can be never-ending — and a recipe for burnout.

How do you cope with the pressure to optimize everything? In our latest series on LinkedIn, “Productivity Hacks,” we asked some of the world’s top business leaders to share their systems and strategies for getting more done in less time. Perhaps more importantly, we also learned what some of these Influencers do with all those saved minutes and hours. From kitesurfing (Richard Branson) to more Fridays off to spend with family (Yahoo! Chairman Maynard Webb), it’s clear why many of us work so hard anyway — to carve out the time and energy to do more of what we love.

YOUR TURN: Share your best productivity tip, and tell us how you spend your "saved" time. Do you reallocate that energy to family, hobbies, or other projects? Write a post here; use #ProductivityHacks somewhere in the body (not the headline) of your piece.

Want to reclaim your day? Consider adopting some of these efficiency boosters.

Be committed to punctuality.

How on earth does Richard Branson find time to kitesurf… and play tennis… and ride bikes? By being punctual — both as a sign of respect to others, and so he doesn’t fall hopelessly behind on the rest of his day. However, “[b]eing on time doesn’t mean working to a strict, rigid schedule. It means being an effective delegator, organiser, and communicator,” Branson writes.

The billionaire founder of the Virgin Group also believes that productivity means allowing flexible schedules for his employees.

“There’s no need to be in the office to do your best work. By giving your staff the freedom to structure their own time, you will empower them to work more creatively and effectively.” — Richard Branson

Like many professionals, Claire Diaz-Ortiz found herself wading through emails first thing in the morning. Then she developed an email system that follows these two rules: “Email is best done in bulk” and “Email is best done when you have less energy, not more.” That said, the early Twitter employee acknowledges that she is indeed human: “I regularly get off track. I’ll wake in the middle of the night unexpectedly, and grab my iPhone for a minute that turns into 20.” (You have to wonder: Were we all a bit more productive pre-smartphone?)

Tired of email ping-pong? Pick up the phone already.

Bill Marriott must be doing something right as the executive chairman of the board at Marriott International. While he relies on his assistant of nearly 30 years, the octogenarian also believes in getting some work done the old-fashioned way:

[Picking up the phone] really is the easiest and quickest way to get responses from people in the office… Social media is not the only way to have a conversation.” — Bill Marriott

Whatever you do, don’t confuse movement with achievement. Try this action plan instead.

Tony Robbins cuts straight to the heart of the productivity dilemma when he asks: “Have you ever crossed off everything on your list and still felt like you had not really accomplished anything?” Instead of offering up just another to-do list, the motivational speaker suggests this three-part “system of thinking.”

“To continue to manage your life by a to-do list only invites the continuing imbalance and frustration that comes from knowing you’re working hard, but that you’re not making progress in all the areas of your life that truly matter. Working harder is not the answer.” — Tony Robbins

Understand that productivity can sometimes become your enemy.

In an endless quest for productivity, EY’s Bob Patton reflects on the time he was excelling at work — but not necessarily at home. While on a business trip, an unexpectedly candid conversation with his wife served as his (literal) wake-up call: “She told me that I had become so consumed by the pace of this growth endeavor that I was neglecting my commitments to her and our children.” After jumping on a plane to repair the damage at home, Patton says he now asks these three questions to help him never lose sight of his priorities and purpose again.

Then again... Daydreaming has some value, doesn’t it?

Freelance journalist Bethany McLean might be a kindred spirit: “I am not productive. In fact, sometimes I waste entire days,” she confesses. Then again, McLean points out: “I’m not sure journalism is meant to be quantifiably productive. You need to call everyone, even people who hang up on you, because if you don’t, you’re not doing your job. You need to spend hours talking to people because it’s as important to understand what you don’t use and why you don’t use it as it is to understand what you do use.” Given all the jobs out there that don’t lend themselves to easy measures of productivity, McLean may be onto something...