What It Takes to Be the Boss: Lessons from Suze Orman, Richard Branson, and Other Entrepreneurs 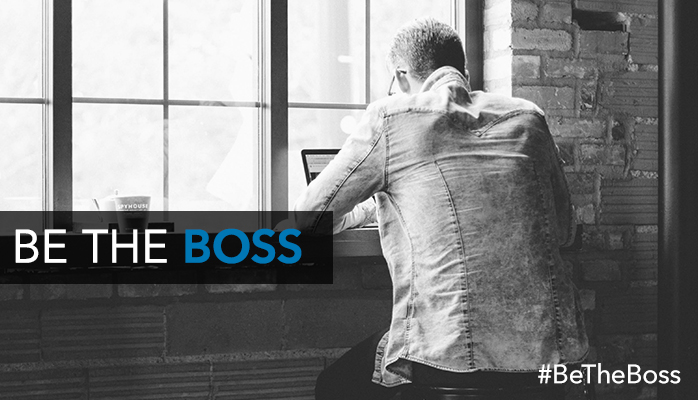 With Global Entrepreneurship Week in mid-November and Small Business Saturday at the end of the month, we're tipping our hats to the entrepreneurs and trailblazers who constantly push the boundaries of being “the boss.” As it turns out, everyone can embrace this entrepreneurial mindset.

In our latest series on LinkedIn, “Be the Boss,” established names such as Richard Branson and Suze Orman reflect on their entrepreneurial journeys. We also hear from more reluctant entrepreneurs, such as Gimlet Media’s Alex Blumberg, who writes: “You who may not think of yourself as ‘boss material’ or as someone who could succeed in, (and enjoy!), a leadership role. I was like you. I had to be pushed into it. And maybe you could be like me: a leader-in-waiting, prepared to flourish in that new role.”

YOUR TURN: Whether you’re trying to strike out on your own or advance to the next level, what does it take to “be the boss” of your career? Write your own post; be sure to use #BetheBoss somewhere in the body of your piece.

Here's how some Influencers have found success working and thinking like an entrepreneur:

Realize that the business world needs great managers as much as it needs leaders.

No one knows what it takes to strike out on your own like Richard Branson. And yet the billionaire founder of the Virgin Group acknowledges that “going it alone is a romantic notion; few entrepreneurs ever make it without a lot of help.” According to Branson, every company needs two types of bosses: managers and leaders. “Entrepreneurs must quickly acknowledge what they are good at, and learn to delegate what they are not so good at to great managers.”

“Where managers keep the rules, leaders have to be willing to break them, or at least find creative ways around them…” — Richard Branson

Which one are you?

Learn how to get out of your own way.

When Suze Orman reflects on her career, she can pinpoint the defining moment when she became “the boss.” On the heels of a best-selling book, the personal finance expert was met with not-so-subtle resistance when pitching her next idea, The Courage to Be Rich: “One after another, some of the most brilliant minds in publishing said, ‘That's a horrible title. It doesn't take courage to be rich; it takes courage to be poor.’”

Orman could have easily caved and deferred to the sentiment in that room, but instead she found herself saying: “‘Obviously you are not the right publisher for this book.’” The moment she walked out of the room, something changed in how Orman perceived herself. (Her third book, “The Courage to Be Rich,” would go on to sell more than one million copies in hardback.)

“Along with all my successes, I also have had many failures. But being the boss means you look at those failures as lessons you needed to learn to be even more successful in the next venture you try.” — Suze Orman

“There are plenty of reasons why people make excuses not to start their own business — I’ve heard them all,” writes Robert Herjavec of ABC's “Shark Tank.” Of all the excuses he has heard, however, these are by far the top three: “Now isn't the right time,” “I'm not prepared to run a business,” and “I'm afraid to fail.”

If any of these excuses sound familiar to you, remember this:

“Failure can be embarrassing, but if you never try, all you will end up with is regret.” — Robert Herjavec

Think you’re not cut out to be the boss? You may surprise yourself.

If there were ever a reluctant boss, Alex Blumberg would be it. “Boss. The word was loaded. I thought being a boss meant being doubt-free and authoritative, the last words anyone would use to describe me,” the former producer of NPR's “This American Life” writes. At the urging of a friend/business partner, however, Blumberg co-founded Planet Money in 2008. As that podcast grew to become the No. 1 business podcast on iTunes, Blumberg says he also grew into being a boss. In fact, the once-reluctant boss is now well into his next venture as the CEO and co-founder of Gimlet Media:

“Turns out being a boss was nothing like what I’d anticipated. Qualities I considered my weaknesses were in fact assets once I was running my own team.” — Alex Blumberg

The best ideas will likely come from your employees. Your job as the boss is to listen to them.

After 20 years of growing her small business into a 2,000-person company, Angie Hicks says her idea of being the boss also had to change. The founder and CMO of Angie’s List now holds weekly office hours for her employees as a way to “capture and funnel good ideas… Proposals have included a way to increase call-center efficiency during low-volume periods, how to stretch our supply dollars with a paper reuse plan, and more.” Where did your last great idea come from?

In the coming weeks, we’ll feature more posts from Influencers and LinkedIn members who reveal how they work and think like an entrepreneur.

YOUR TURN: Whether you’re striking out on your own or working hard to advance to the next level, what does it take to “be the boss” of your career?

Write your own post; be sure to use #BetheBoss in the body (not the headline) of your piece.