We Ranked LinkedIn’s Best Writers of 2015. Time to Follow Them All Now. 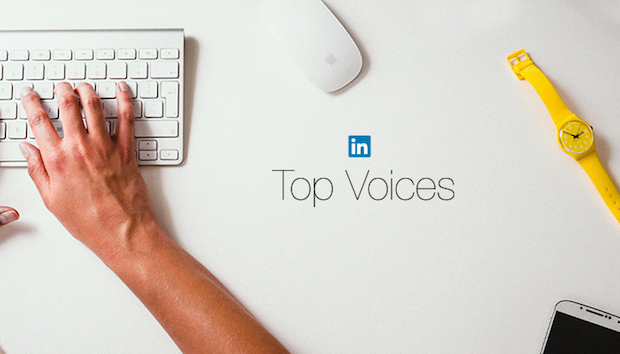 Every week, professionals from around the world publish over 150,000 posts on LinkedIn. Those posts cover everything from the narrow to the macro; some of the now nearly 2 million writers come once, others have carefully honed their voice.

We answer those questions today with the debut of LinkedIn Top Voices, our ranked list of the top 10 writers in eight different areas — finance, tech, marketing, healthcare, leadership, media, education, venture capital — who broke out from the crowd. We also looked at the Influencers, the roughly 500 top voices in the professional world, and analyzed which 10 Influencers our readers thought were at the head of the class in 2015.

Among some of the names who surfaced as member favorites:

When it came to looking at the Influencers, readers signaled that they were hungry for informed insights into the global economy. With so much focus on bubbles, Fed rates and employment issues, it’s not surprising to see big names in economics bubbling up: Mohamed El-Erian, Ian Bremmer and Jill Schlesinger.

As with all LinkedIn Lists, our quarterly series that highlights the top people and companies in the business world, Top Voices is a combination of data and editorial signals. We relied on a formula that measured a host of criteria to determine writers who were making a mark in their industries: engagement around content (especially comments, which — thanks to a lack of anonymity on LinkedIn — are unusually strong); growth of followers tied to publishing; number of times the writer had been featured in a channel in their area of expertise; and how often the contributor had been chosen as an Editors' Pick. That last channel is reserved for top content that helps explain the world today; when editors on my team select a story for Editors’ Picks, they are signaling that a story is worth paying attention to right now.

Writing can be a lonely, nerve-wracking process: you’re putting yourself and your beliefs out there for everyone to critique or build on. Those who have gotten the bug for writing know the real joy comes not in writing but in having written. Once you hit publish, the ideas bouncing around in your head turn into a worldwide conversation: you help shape the world of your readers and they help shape yours with their informed comments. As list member Marianne Griebler explained, “When someone else takes the time to thank you or scold you for the ideas you've put down in words, it's intoxicating. It's what drags us back to the keyboard again.”

The 90 people on this list show what can happen when you hone your craft and develop your voice; it doesn’t take being a professional writer, it takes being fearless.

I’m following them all now and hope you will, too.

Footnote: We excluded all LinkedIn employees and ex-employees from consideration to avoid any signs of favoritism; our list is limited to people writing in English this year and we’ll look to explore expansion in the months to come.

Want to nominate someone you've been following for next year's list? Fill out this form.