From Design to Wine, a Creative Entrepreneur’s Bold Move 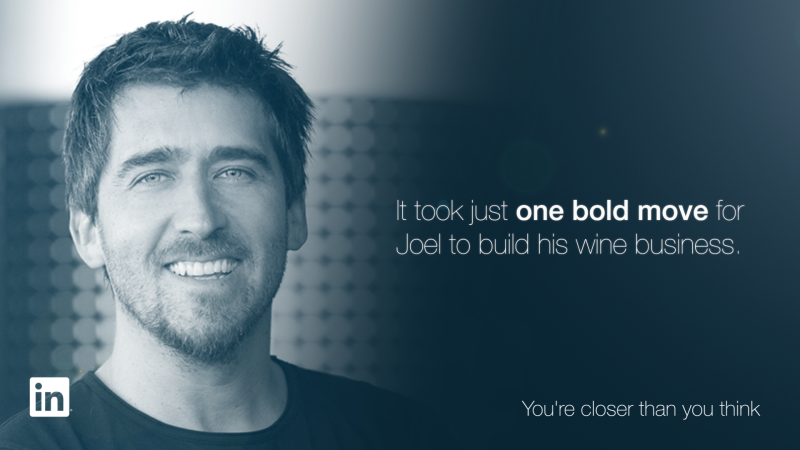 Proportion, balance, nuance, and sublime taste: All of these are necessary components to both great graphic design and making the perfect bottle of wine. Both endeavors strive to create an experience, whether it’s by capturing a mood with the perfect color combination, or stimulating the senses with a hearty Cabernet.

Despite these similarities, there isn’t much overlap between graphic designers and winemakers. That didn’t stop graphic design entrepreneur Joel Templin from branching out into the vineyard. With one bold move, Joel set a new direction for his career in the wine business.

It all started with an unusual creative concept for a wine brand. As a graphic designer working close to Napa Valley, Joel had helped plenty of wineries design their labels. Most of them involved a single image, without a brand concept, usually named after an owner, the vineyard's dog or the oldest tree on the property.

But he didn’t see strong branding. Joel recognized an opportunity to go deeper; to tell a brand story that would resonate with an audience.

His team at Hatch Design, a creative agency focused on hatching ideas into reality, decided to create a playful but premium brand. JAQK Cellars – named after the Jack, Ace, Queen and King of a deck of cards – would be wine for people who liked to play, from amateur poker-night players to high rollers.

With the branding in place, Joel only needed one more thing to launch his new venture: wine.

“It’s not that we knew what we were doing. You have an educated guess, and then you surround yourself with people who know what they are doing.”

Joel ran his plan past vintner Craig MacLean to see if he thought the idea was feasible. Not only did Craig like the concept, he partnered with Hatch Design to make the wine from some of the finest grapes in Napa. Joel brought in fundraisers, pitched to investors, and just a month later – he was in the wine business.

As JAQK Cellars started to gain popularity, Joel turned to his trusted business partners to get the product into stores, while he continued to develop the brand. He used LinkedIn to find the best new talent for Hatch, research clients, and connect with new partners.

“You want to be smart about it and pragmatic, but at some point you have to step off the cliff and have faith.”

Joel’s decision to try a new career path paid off. JAQK Cellars grew to 30 states and multiple countries around the world. And Joel is busy working on his next bold move.

Ready to make your own bold move? Explore now: www.linkedin.com/closerthanyouthink